is educating and nurturing those
who aspire to be:

Our nation needs scholars and leaders just like you to serve the American-Muslim community while promoting a greater understanding of Islam throughout contemporary society.

The Islamic Seminary of America, an Islamic Seminary Foundation institution, is a lighthouse of knowledge and faith devoted to equipping American-based leaders. We aspire to raise the general level of Islamic understanding within the American Muslim community and throughout American society. Let us help raise you to a new level of growth in your desire to live out Muslim ideals of justice, equity and contribution to the common good.

Who we are. What we do

Our mission is to cultivate generations of world class doers and thinkers who lead from an Islamic paradigm while engaging contemporary challenges and opportunities.

What we aspire to be

Our vision is a world constantly bettered by religious scholarship and ethical leadership.

Show Your Community You Truly Care… Businesses, Professional Organizations, Institutions, Athletic Teams, Clubs, and even generous families and individuals can become Matching Gift Donors and DOUBLE THE IMPACT of their gifts! When you partner with The Islamic Seminary of America on North Texas Giving Day to show your dedication to improving North Texas communities through...
September 16, 2021

Want to join the TISA team? Learn more about our open roles here:

The sacred month is coming to a close and, for many of us, maintaining the excitement and motivation we had at the start of the Muharram is increasingly difficult as we approach it’s final days. With a week left until we greet the month of Safar, let us endeavor to make the most of the...
View All

Imam Omar Suleiman is the President of the Yaqeen Institute for Islamic Research and a professor of Islamic Studies at Southern Methodist University. He’s also the resident scholar of the Valley Ranch Islamic Center, and Co-Chair of Faith Forward Dallas at Thanks-Giving Square, a multi-faith alliance for peace and justice.

Originally from New Orleans, LA, he began his journey of traditional Islamic learning in the year 2000 and has spent years studying in the United Arab Emirates, Jordan, Malaysia, etc. Upon becoming certified in various traditional sciences, he completed a Bachelor’s degree in Islamic law, a Bachelor’s degree in Accounting, a Master’s degree in Islamic Finance, a Master’s Degree in Political History, and is in the process of completing his PhD from the International Islamic University of Malaysia in Islamic Thought and Civilization.

His career started in his hometown of New Orleans where he served as the Imam of the Jefferson Muslim Association in New Orleans for 6 years and directed the ICNA Relief “Muslims for Humanity” Hurricane Katrina Relief effort. It was in this time that he was noted on a national level as being a strong advocate of community service, interfaith dialogue, and social justice. He co-founded the East Jefferson Interfaith Clergy Association and was awarded for his outstanding civic achievement by the Mayor and City Council of New Orleans in 2010.

He then moved to Dallas and became the Resident Scholar of the Valley Ranch Islamic Center in 2013 and more recently, Co-Chair of Faith Forward Dallas at Thanks-Giving Square. In Dallas, he has been a noted leader and voice for peace, and has partaken as a representative of the Muslim Community in many city functions. He has since been a guest at various national functions to share his experiences in community building.

Shaykh Omar most recently founded the Yaqeen Institute for Islamic Research which is a think tank that focuses on instilling conviction based on Islamic texts, and producing contribution. He also founded M.U.H.S.E.N (Muslims Understanding and Helping Special Education Needs), a nonprofit umbrella organization serving the community to establish a more inclusive “Special Friendly” environment for our Brothers & Sisters of all Disabilities.

Shaykh Omar has taught Islamic Studies at the university level since 2008. As a valued AlMaghrib instructor, Shaykh Omar developed one of the most successful seminars “Behind the Scenes: An In-Depth Study of the Spiritual Practices of the Best Generations.” He also is one of the main features at our annual conferences and retreats: IlmFest and IlmSummit.

In media, he’s one of the creators of the internationally acclaimed “Inspiration Series,” which has reached millions of Muslims and Non Muslims through YouTube and Islamic Television stations worldwide. He’s also known for his series on Quran weekly, as well as his contributions to Hadith of the Day. 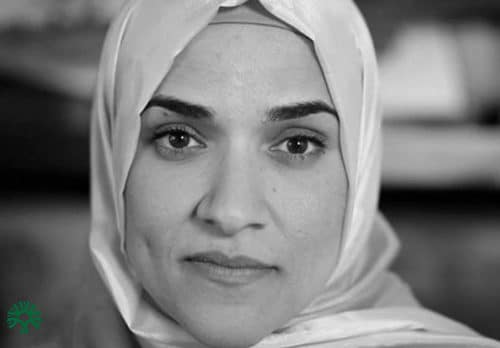 Director of Research, ISPU; MBA, U of Pittsburgh

Dalia Mogahed is the Director of Research at the Institute for Social Policy and Understanding, where she leads the organization’s pioneering research and thought leadership programs on American Muslims. Mogahed is former Executive Director of the Gallup Center for Muslim Studies, where she led the analysis of surveys of Muslim communities worldwide. With John L. Esposito, she co-authored the book Who Speaks for Islam? What a Billion Muslims Really Think. President Barack Obama appointed Mogahed to the President’s Advisory Council on Faith-Based and Neighborhood Partnerships in 2009. She was invited to testify before the U.S. Senate Committee on Foreign Relations about U.S. engagement with Muslim communities. Her 2016 TED talk was named one of the top TED talks that year. She is a frequent expert commentator in global media outlets and international forums. She is also the CEO of Mogahed Consulting. 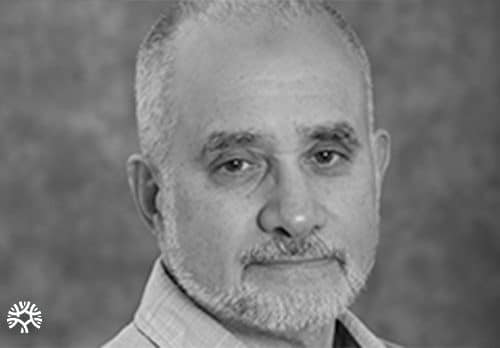 Professor of Islamic Studies at the University of Kentucky. Dr. Bagby’s research focuses on the study of the American Muslim community in general and masjids in particular. PhD in Islamic Studies from the University of Michigan. Director of ISNA’s Masjid Development Initiative. Research Fellow at the Institute of Social Policy and Understanding. Board member of Muslim Alliance of North America, Masjid Bilal (Lexington, KY) and CAIR-KY. 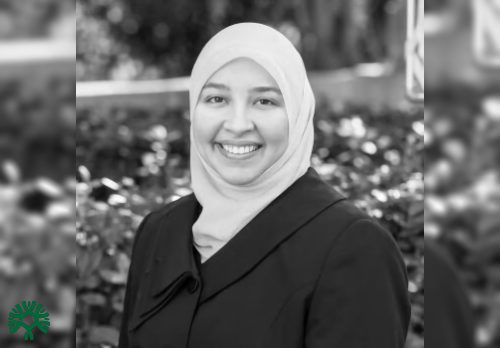 Raised in the U.S., Ustadha Rania Awaad began her formal study of the traditional Islamic sciences when her parents permitted her to travel to Damascus, Syria at the age of 14. Her desire to continue studying the Deen resulted in multiple trips back to Damascus, interspersed between her high school, college and medical studies. She was honored to receive Ijaazah (authorization to teach) several branches of the Shari’ah sciences at the hands of many renowned scholars, including many female scholars. She has received Ijaazah to teach Tajwid in both the Hafs and Warsh recitations from the late eminent Syrian scholar, Shaykh Abu Hassan al-Kurdi. In addition to completing several advanced texts of the Shafi’i madhhab, she is licensed to teach texts of Maliki fiqh, Adab and Ihsan. Currently, Ustadha Rania teaches online and local classes for The Rahmah Foundation, Rabata, and is on faculty of Zaytuna College where she teaches courses in Shafi’i fiqh, women’s issues in fiqh, and has helped develop and co-direct the Tajweed and Hifz progam.

Ustadha Rania also a medical doctor with a specialty in Psychiatry. She completed her Psychiatric residency and fellowship training at Stanford University where she is currently on the faculty as a Clinical Instructor in the Stanford Psychiatry and Behavioral Sciences department. Her medical interests include addressing mental health care concerns in the Muslim community- particularly that of Muslim women and girls. She has been awarded grants from the NIMH (National Institute of Mental Health) to conduct research on this topic and has presented her findings at several medical conferences. Other on-going endeavors include the compilation of manuscripts addressing female-related mental health and medical issues from a fiqh-oriented perspective. She currently serves as the Director of the Rahmah Foundation, a non-profit organization dedicated to teaching Muslim women and girls traditional Islamic knowledge. In this capacity she also heads the Murbbiyah Mentoring Program which trains young women how to teach and mentor Muslim girls and teens. Ustadha Rania is both a wife and a mother; she has been counseling and teaching women classes on Tajwid, Shafi’i Fiqh, Ihsan, marriage and raising children since 1999.